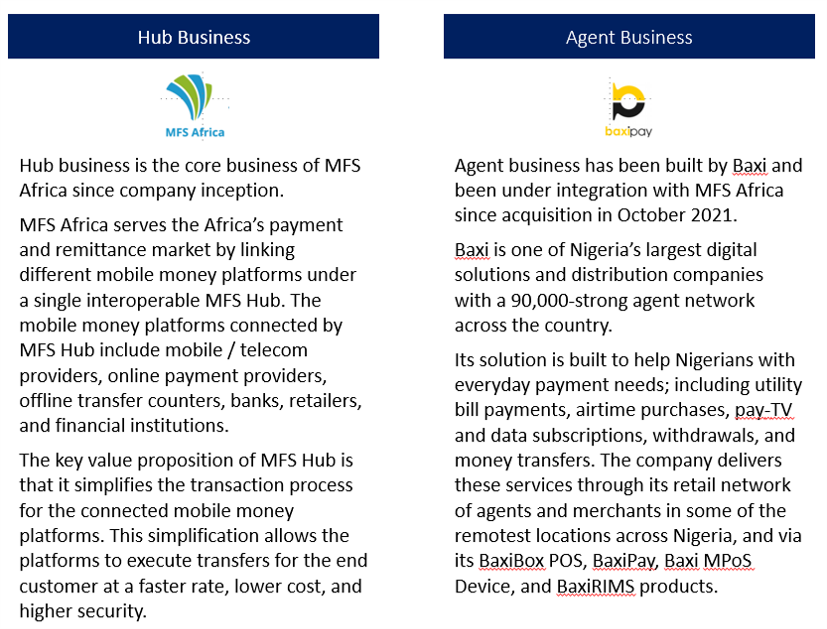 As a result of  Baxi’s consolidation, the Company’s operating expenses in 2022 Q1 was up to $7.71 million, increased 150% YoY and 58% QoQ. The largest expense item was salaries and wages, which was $3.79 million, accounting for 49% of the total expenses. At the end of Mar 2022, the number of employee was 226, an increase of 35 employees compared with the end of last year.

Followed by marketing costs of $1.63 million, accounting for 21% of the total expenses, which was up on material in Baxi following aggressive POS rollout.

Administration expenses, general expenses, and travel & entertainment accounted for 10%, 6%, and 5% of the total expenses, respectively.

At the end of Mar 2022, the company has $47.9 million in cash and cash equivalents, of this $40.32 million treasury funds used to finance the Disbursements fund flows; $7.58 million is available to fund the operations of the business.

The Company is negociating with Global Technology Partners (GTP) for a potential acquisition, which will accelerate MFS Africa’s offering of card connectivity to mobile money users.

More than 500,000 clients in over 30 countries use GTP prepaid cards. With MFS Africa’s merger, the total clientele reach could reach several millions. The transaction is expected to close on June 2022.

The Company is in the process of closing an additional US$100 million in equity and debt funding led by Admaius Capital Partners. New equity investors, Vitruvian Partners and AXA IM Alts, alongside existing investors, AfricInvest FIVE and CommerzVentures also joined the round. The Series C extension is expected to close on June 2022.

In May 2022, the Company hired Julian Adkins as CFO. Julian previouslsy worked for Millicom (Tingo) as Vice President and Africa CFO since 2017.

Global Market:
According to the GSMA report, the epidemic has contributed to the growth of mobile money business, as shown in International remittance business, deposit business, loan business and insurance business. According to statistics, the number of registered mobile wallet users in regions other than developed countries and China reached 1.2 billion, up 13% year-on-year, and the number of monthly active users reached 300 million, up 17%.

other than developed countries and China 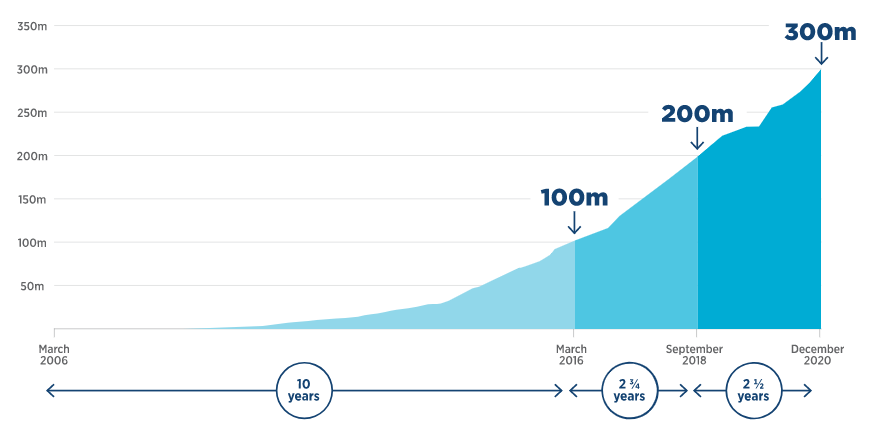 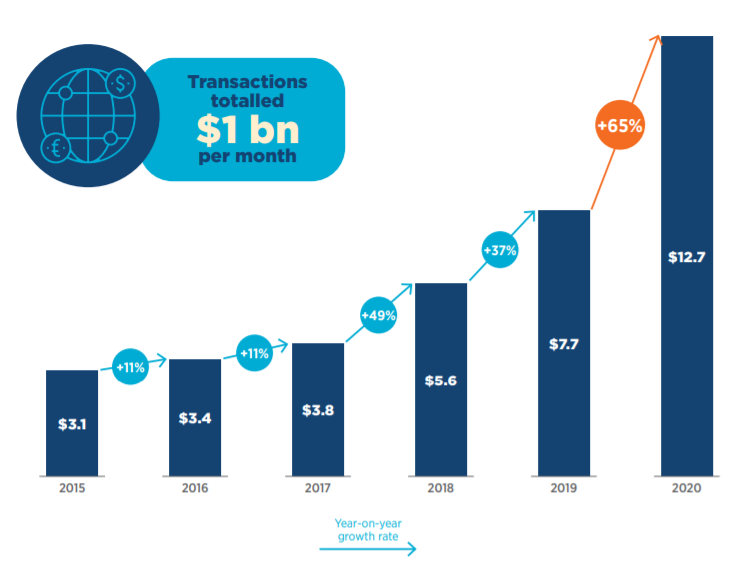 The daily transaction volume of mobile wallets in regions other than developed countries and China exceeded $2 billion, with $767 billion in transactions for the year, up 22% year-over-year. The number of transactions was 41 billion, up 15% YoY, with more than $1 billion in international remittances passing through mobile wallets each month, up 65% from the previous year.

African Market:
According to the GSMA report, at the end of 2020, the number of unique subscribers has reached at 495 million, and the number of SIM cards which connected with networking has reached 930 million, with an average annual growth rate of 4.8%.

Nigeria, with a population of 210 million, is the African country that attracted the most investment in 2021. Nearly half of people in Nigeria still does not enjoy any banking services, and there is a huge demand for mobile payment. Egypt has a good foundation for development. Nearly half of the population have access to the Internet, and 93% of the population have mobile phones. However, only 8 – 9 million wallet accounts in Egypt, with about 0.2 – 0.3 million active users per month.

According to the prediction given by Boston Consulting, by 2025, the final scale of the entire African may be as high as 850 million accounts, and the annual trading volume will reach at $2.5 – $3 trillion.

Flutterwave helps businesses build customizable payments applications through its APIs. Flutterwave is live in 20 African countries with an infrastructure reach in over 33 countries on the continent.

As of Q1 2021, Flutterwave processed over $9 billion amount in payments worldwide. Flutterwave partnered with Visa, Mastercard、Worldpay、PayPal and Alipay, etc.

TransferTo is a global leader in remittances, which built a B2B cross-border by providing real-time remittance support for financial institutions and mobile operators. In February 2019, TransferTo has rebranded as two separate company brands – DT One for mobile top-up and rewards business and Thunes for cross-border payments businesss.

In 2016, TerraPay acquired a 100% stake in Pay2Global, a regulated digital international remittance company with “right to travel” to the European Economic Area (EEA).